Cusco is Peru’s historical capital city, founded by Inca Manco Capac in the 11th or 12th century AD. Cuzco remained an Inca capital until its conquest by the Spaniards in 1532. With its conquest, the city’s architectural structures in Cuzco were preserved, with temples, monasteries, and palazzos built on top of the Inca town. Cusco was the historic capital of the Inca empire from the 13th century to its conquest in the 16th century. 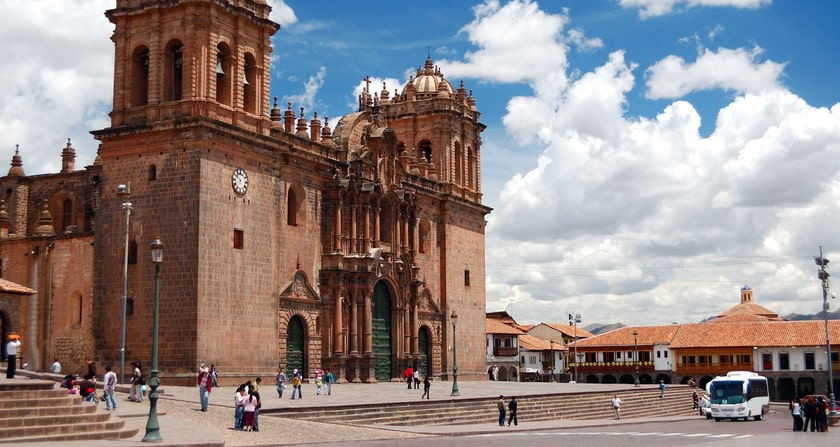 Cusco is a city in southeastern Peru, near the Urubamba Valley of the Andes mountain range. It is the capital of the Cusco Region and the Cuzco Province. In 2013, Cusco was added to the UNESCO World Heritage List for its “exceptional natural beauty” and “archaeological and historical legacy.”

The city was once the capital of the Inca Empire (13th century to 1532). It is known for its Spanish colonial architecture and traditional indigenous culture. Many of the city’s buildings were constructed using stones from nearby Sacsayhuaman, an archaeological site that features Inca ruins.

Cusco is also home to some of Peru’s most popular tourist attractions, such as the Plaza de Armas, the Cathedral of Santo Domingo, and Qoricancha (the Temple of the Sun). Thousands of tourists visit Cusco each year to experience its rich history and culture.

How did Cusco become the historical capital of Peru?

Cusco is a city in southeastern Peru, near the Urubamba Valley of the Andes mountain range. It is the capital of the Cusco Region and the Cusco Province. In 2013, Cusco was added to the UNESCO World Heritage Site list for its extensive history and Inca archaeological sites.

The Killke culture founded the city of Cusco in the 12th century. It later became part of the Inca Empire during the 13th century. At this time, it served as a royal estate for Emperor Pachacuti, who renovated it extensively. After the fall of the Inca Empire in 1533, Cusco became the capital of Spanish colonial Peru until 1821, when it joined Simon Bolivar’s republic of Gran Colombia. Finally, on November 15, 1825, Peru declared its independence from Spain and officially made Cusco it’s capital again.

Cusco is known for its rich history and cultural heritage and as a major tourist destination. Hundreds of thousands of tourists visit its many Inca ruins and archaeological sites every year, such as Sacsayhuaman and Machu Picchu.

What are some of the historical sites in Cusco?

Cusco is home to some of the most historical sites in Peru. The ancient city was once the capital of the Inca Empire and is now a UNESCO World Heritage Site. Cusco’s most famous historical sites include the Sacsayhuaman Fortress, the Qorikancha Temple, and the Plaza de Armas.

The Sacsayhuaman Fortress is one of Cusco’s largest and most well-preserved Inca ruins. The fortress was built in the 15th century and served as a military stronghold for the Incas. The Qorikancha Temple was once the most sacred in the Inca Empire. The temple was dedicated to the sun god, Inti, and was decorated with gold and silver. The Plaza de Armas is the main square in Cusco. It is surrounded by some of the most important historical buildings in the city, including the Cathedral of Santo Domingo and the Iglesia de la Compania de Jesus.

Cusco is located in the Southern Hemisphere, so its climate is the reverse of what we experience in the United States.

December and January are the coldest months, with average temperatures around 50 degrees Fahrenheit. The rainy season runs from November to March, so pack your rain gear if you visit during that time!

April through October are the best months to visit weather-wise. Temperatures hover in the 60s and 70s, and there is very little rainfall.

How to get around Cusco city

Cusco is a bustling city with a rich history and plenty to see and do. Fortunately, getting around is relatively easy, and visitors have several options.

The most popular way to get around Cusco is on foot. The city is small enough to easily be explored by walking, and this is also the best way to take in the sights and sounds of this vibrant city. If you’re not up for walking long distances, plenty of taxis are available at reasonable rates.

Another option for getting around Cusco is using the city’s public transportation system. The buses in Cusco are reliable and reasonably priced, making them an excellent choice for getting around town. Just be sure to have some small changes on hand, as most bus drivers do not accept larger bills.

Finally, if you’re feeling adventurous, you can always rent a bicycle or scooter and explore Cusco. This is especially fun if you’re traveling with kids, as they’ll love getting out and about on their own two wheels!

What are some things to do in Cusco city?

There are plenty of things to do in Cusco, the historical capital of Peru! For starters, you can explore the city’s Inca ruins. The most famous ruin in Cusco is the Sacsayhuaman Fortress, an imposing structure that was once used as a military outpost. Other Inca ruins worth visiting include Q’enko, Puka Pukara, and Tambomachay.

If you’re interested in learning about Cusco’s rich history, you can visit one of the city’s many museums. The Museo de Arte Precolombino is a great place to start, as it houses a collection of pre-Columbian art from Peru and other parts of South America. The Museo Inka is another excellent choice, as it contains artifacts from the Inca civilization.

Of course, no trip to Cusco would be complete without taking a tour of Machu Picchu, the world-famous Inca citadel. You can reach Machu Picchu by train from Cusco or by hiking the Inca Trail. Whichever way you choose to get there, it’s sure to be an unforgettable experience!

Cusco is a beautiful city rich in history and culture. If you are planning a trip to Peru, be sure to add Cusco to your itinerary. You won’t regret it!

Inquire about this Tour

Get more ultimatetrekkingperu inspirations, tips, and exclusive offers in your inbox

Sacred Valley Peru Best Things to Do and See

Choquequirao Citadel, The Cradle of Gold.

Â Hello! My name is Tom, ask me a question!